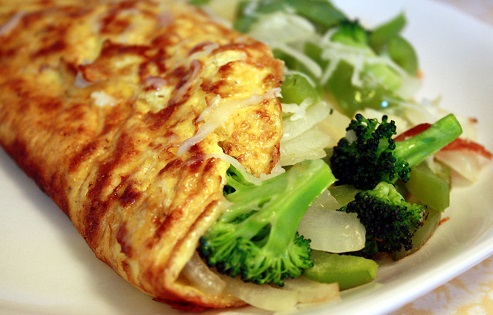 Slow Cooker Veggie Omelette – Get your day started right with a healthy and simple breakfast omelette cooked in the crock pot! This omelette is a pure, simple, savory goodness. Simple is the key word. Everything gets thrown into the Slow Cooker and you come back 2 hours later to eat it.

You’ll love this Slow Cooker Veggie Omelette recipe because it’s both delicious and hassle free. The Slow Cooker is like a dream; it makes amazing meals with minimal clean up.

If you’re a busy mom with kids, the Slow Cooker is perfect for you. Just load it up with the needed ingredients and walk away to handle other exciting adventures going on in the house.

No need to slave over a hot stove early in the morning. Have a coffee and let that crock pot do all the work.

One of my favorite breakfast meals to make in my Slow Cooker is this Veggie Omelette. It’s loaded with vegetables and protein, making it the perfect way to start the day.

The ingredients for this recipe are so simple. You can have this thrown together in no time at all.

How To Make an Omelette in the Slow Cooker

Are you ready to make the best veggie omelet without all the work? Let’s do it!

As with all food that gets stored in the refrigerator or freezer, leftovers from your slow cooker need to be cooled on the countertop to about room temperature before placing into the fridge or freezer for storage.

Both spellings can be used. An omelet or omelette is a type of egg dish, often served at breakfast or brunch. Neither spelling is wrong, but there are some guidelines for when to use which.

Omelet is the standard spelling in American English. The British spelling, omelette, is actually the modern French spelling.

What Can You put in an Omelette?

Some classic omelette fillings include:

What is a French Omelette?

A true French omelette, or omelet as we Americans call it, is just eggs and butter, no filling. The egg is folded for a soft, tender texture.

What is an American Omelet?

An American omelet has a speckled golden crust from the pan, and the surface is uneven with craters.

The round omelet is then folded in half and served. Often, the fillings like meat and vegetables are cooked into the eggs rather than added afterward.

What is the difference between an Omelette and a Frittata?

A frittata is cooked in an oven while an omelet is usually cooked quickly over higher heat on the stove.

Whereas omelets are served hot straight from the stove, frittatas are often served at room temperature, making them perfect to make ahead for brunches or larger groups. 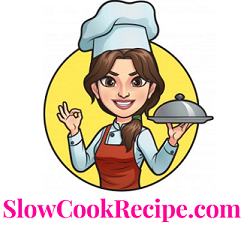